As Mallorca based Chartered Surveyors for over 20 years, Property Works has a unique insight into what purchasers should be looking for when buying a home in Mallorca. We also get to understand their needs, even if they do not recognise each and every one themselves. Our approach is holistic (not just an economic one) considering lifestyle, leisure, work, family and health.

So why do we consider this unique town as the best place to set up home/invest in a country location in Mallorca?

Here’s a guide to why…

10. Variety really is the spice of life

The majority of construction is traditional and natural, especially outside the urban centres with the use of stone facades, curved terracotta tiled roofs and timber doors and shutters. This gives the place a certain aesthetic harmony which has been complimented with relatively strict planning controls. 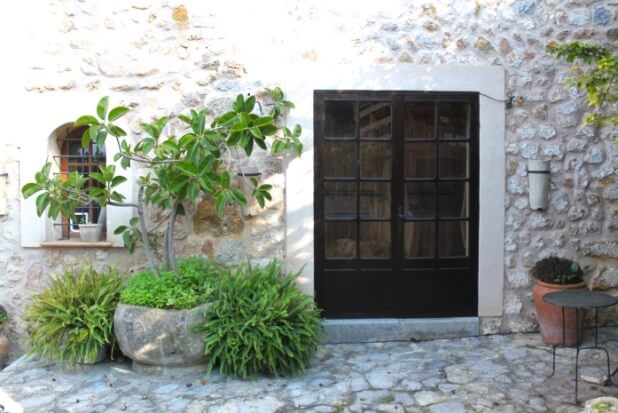 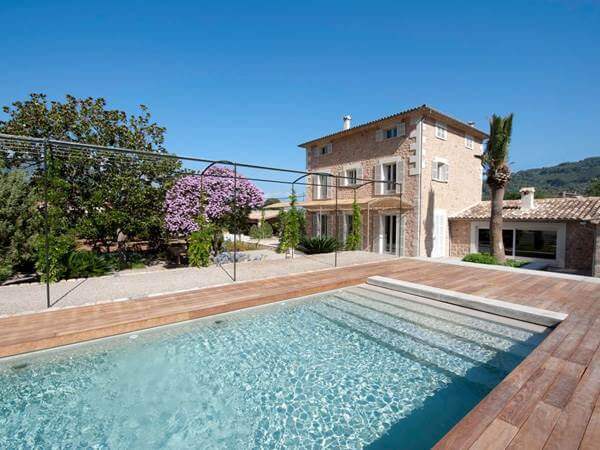 Unusually for the island, many of the town houses have three storeys, unlike any other town centres on the island where two are more common.

Our experience of working in the construction industry monitoring quality, materials, methods, timings and prices gives Sóller’s constructors a big “thumbs up”.  The work carried out is often not cheap so be sure to get various quotes and be clear on the time schedule for delivery.

Fortunately it is still possible to find projects in Sóller, especially in the old town where many large family homes can be purchased for renovation at a relatively reasonable price per meter square. Many retain original features such as beautiful curved open staircases with intricate ironwork and marble panelled walls, carved woodwork and stone, crystal skylights and ancient fired floor tiles.

Art Nouveau and Modernist influences in the architecture are everywhere.  The port offers both traditional and contemporary properties. Mountain retreats are also an option. 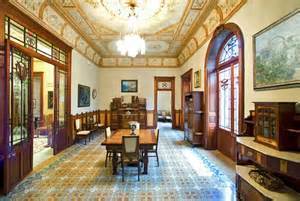 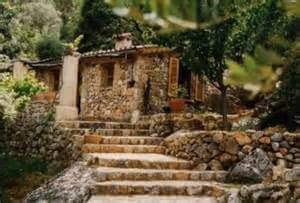 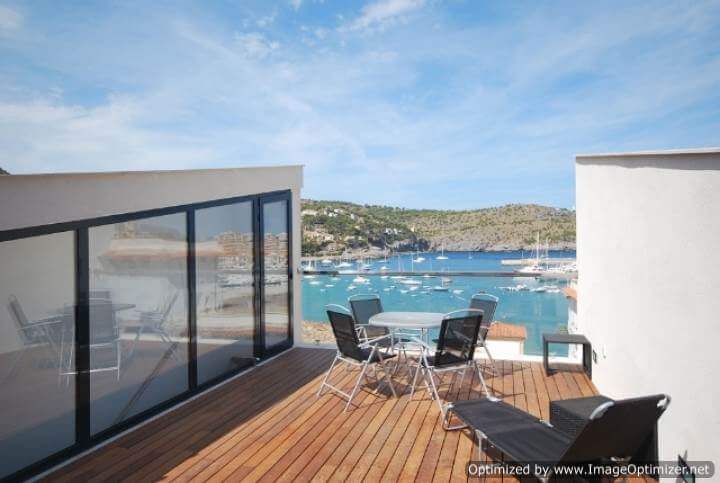 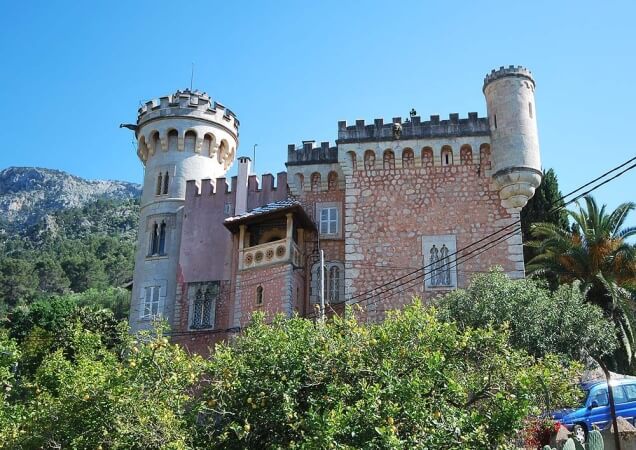 modern apartments in the port to fantasy modernist homes

Sóller really does have it all.

Sóller can give you the Mediterranean diet with excellent locally sourced, market produce and restaurants.  Its specialist products  include:

Prawns, fish and other shellfish.  Gambas de Soller are famous for their colour, texture and flavour.

Citrus fruits – More than 600 years ago Arab sailors brought citrus trees to Mallorca and converted Soller into an orange valley, often known as the “golden valley”. Thanks to the abundance and quality of the mountain water as well as the abundant sunshine, Soller now produces over 120,000 oranges a year.

Olives – The Mallorquin olive (now recognized as a protected product) is known for is intense green colour, saltiness and aromas.   Oli de Mallorca has multiple culinary uses, its exquisite taste and its health benefits let enjoy a high quality and tasty food. As a basic part of the Mediterranean diet, the Majorcan Olive Oil has vitamins and unsaturated fatty acids. It is a pure olive juice, produced without chemical processes, becoming a high quality aliment.

Almonds – The Mediterranean climate and the dry farming crop system gives the Mallorcan almond its unique characteristics. Its sweet taste, a greater content of proteins, fatty acids and carbohydrates, make this a universally desired product, used in a great variety of foods.

Wine –  The Mallorcan wine industry currently boasts 70 different wineries, some of which are highly recognised nationally and internationally.

“Nature is not a place to visit. It is home.” ― Gary Snyder

Sóller is situated right in the middle of the Tramuntana mountain range, a region awarded World heritage status by UNESCO as an area of great physical and cultural significance.

It is a range running the entire length of the island with the highest peak, Puig Major,  at 1445m. To put that in perspective, Ben Nevis, Britain’s highest mountain is “only” 1219m from sea level. 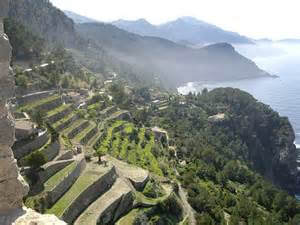 Views of mountain terracing and the reservoirs at Escorca

What makes this mountains so special are their size and shape, being 90km in length and 15km at its widest point taking up about a 1/4 of the whole Mallorcan territory. Its narrowness and height means the mountains fall dramatically into the sea and on the plains.

The area is an absolute dream location for walkers, cyclists, beach and nature lovers. 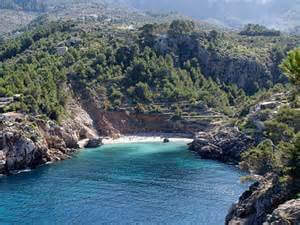 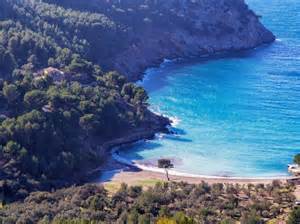 Cala Deia and Tuent – about 15 minutes by boat from Sóller.

7. Airports don’t have to be terrible

Mallorca’s airport, Sant Joan, is the third largest in Spain and carried over 23 million people in 2014. Over 100 airline companies use the airport and flights to most cities in Europe are covered. The island enjoys good winter flights schedule, unlike many other smaller Spanish airports which often require connecting flights. In fact, Mallorca is increasingly becoming a “commuter destination” and gives many people the opportunity to work in Mallorca allowing for extended stays. Ibiza, Menorca & Barcelona are all about a 45 minutes flight away from Palma. One can reach the airport in about 35 minutes from Sóller. 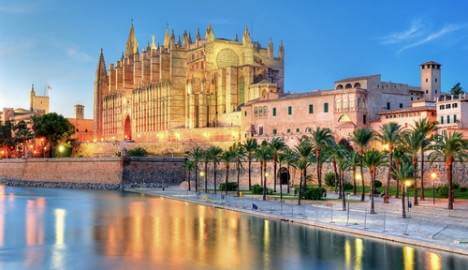 A panel of judges for the Sunday Times supplement recently  chose Palma de Mallorca as their overall favourite out of fifty top worldwide places to live. It was described as a destination that “has it all”.

Palma is reached in just 25 minutes, most of the journey though attractive rural countryside. There is also a train and a regular bus service.

Evidence of early settlers has been found in Soller dating back to talayotic times. (2,700-5,200 BC) in the “La Muleta” area.  Soller’s development is likely to have evolved over the years due to its great natural resources and the enterprise of its people, trading (oranges/olives/fabric) with Barcelona, Valencia, and France. It is still possible to see wonderful turn-of-the-century  factories (in various states of repair!) through the town.

Soller has two distinctive, but complementary centres. The port and the town are some 5km apart connected by tram or road. They offer completely different ambiences.

The port is an almost perfect circled bay with a relatively small opening to the open seas. It enjoys a pedestrian walkway, sandy beaches and a small marina. Although some development has occurred (there are a few medium sized hotels), the area is relatively low density and unspoilt and retains its fishing village feel.  A lot of investment, both private and public, has occurred in the area with the new port-town tunnel and the complete renovation of the port front. Private investment includes the creation of the Jumeirah resort, a five star hotel perched on hill often described as the best hotel in Europe. The port has many excellent shops, bars and restaurants, great walks and usually a place to keep your boat. 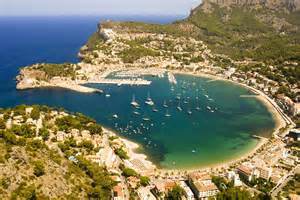 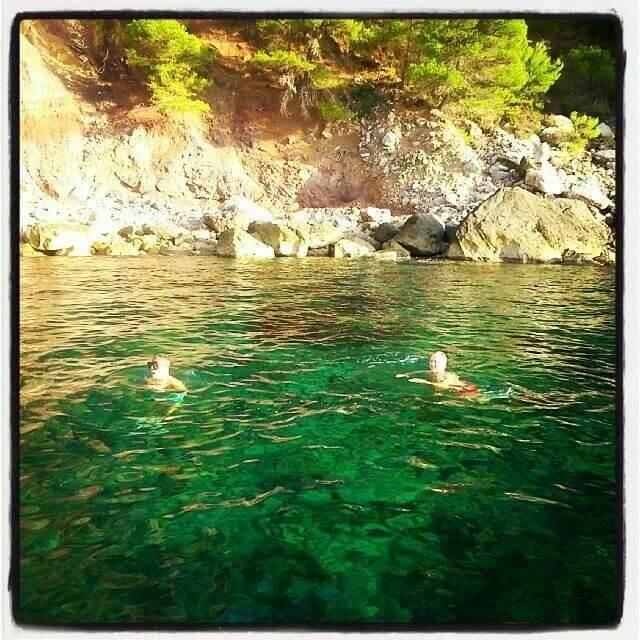 The Port of Sóller and swimming off the coast

Buying or renting a small boat and exploring the coastline by sea is a must. True Mediterranean seas still, crystal clear seas and miles of unspoilt coastline are there for the taking.

Beyond the port, Soller is an expanse of land known as the “valley” due to its position between the surrounding mountains. It is an exceptionally green and fertile place with mainly almond, orange and olive groves filling the valley.

The town centre has a mainly medieval feel but marked by its extraordinary modernist architecture. Examples of this are the Gran Hotel, Can Prunera, the church and the banco Santander buildings. It has a thriving artisan market and a wonderful square. 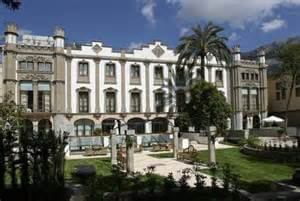 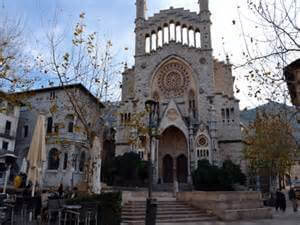 The third area is Biniaraix, possibly the most picturesque and unspoilt hamlet on the island.  It sits on the outskirts of Soller at the foothills of the Barranc, an ancient mountain footpath leading to the mountain reservoirs in Escorca. For administrative purposes, it is actually run by both Soller and Fornalutx.  The houses in the village are entirely stone build and most streets are cobbled and pedestrian. 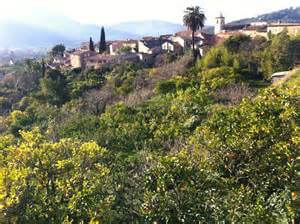 Suffice it to say it pretty likely to be a lot better that back in the UK.

The world health organization ranked the Spanish health system as being the 7th best in the world, with France coming first and the UK in 18th position. Two new public hospitals have been built in Palma in the last 10 years, Son Llatzer and Son Espases, offering some of the most modern facilities in Europe to the Mallorquin residents and guests.

Complementing the new public centres, Mallorca´s private healthcare has also been reinforced with improvements at hospitals such as at Clínicas Palmaplanas, Policlinica  and Juaneda, all located in Palma and usually accepting international cover by groups such as Bupa and Axa.

On our last count Soller has at least 8 schools, educating kids from 3-18 (not counting nurseries). For international schools there are at least 8 more in Palma and beyond offering baccalaureate, primary, and O/A level study.

The Sollerics are a warm and friendly bunch, just learn some Catalan and Some Spanish and you will always be welcomed.

Sóller and its surroundings have been attracting artists, musicians, sports & nature lovers, young families, actors, entrepreneurs and retirees in its droves for years. When hunting for a home, it pays in every way to follow the cool crowd, either to the city, the suburbs or the countryside.

It now has a very multicultural society, attracting amongst others, British, French, German and Scandinavian Europeans. There are also large South American and African communities.  One must also add the “forasters”, the non-Sóller born residents from other parts of Mallorca or the mainland.  This foreign contingent offers a richness to the society which has, overall, integrated well within the Sólleric community and contributed to make this such as special place.

Enough with the doom and gloom about homeownership in Spain.

The Spanish newspaper, El Pais, has dared to use the cliche “the green shoots of recovery” to describe the Spanish Property Market.

This is always slightly worrying, as it usually sounds like a desperate politician, or an estate agent, bigging up the state of the market  and pretending there are no more inherent problems.

They argue that Spain offers, sun, beaches and cheap properties and today’s buyer is a cash buyer.

The agencies on the street are registering some activity, from Brits, Germans, Scandinavies and new nationalities, Belgians Russians and Algerians.

Institutional investors are waiting for “demolition prices”, that’s considered to be 70% off the book values, compared to 50%  discount seen today.

A couple of other interesting points include the fact that 350,000 properties changed hands last year in Spain, down from 750,000 in the peak of 2007, but still respectable.

Mallorca property is still popular with the Germans, and now holds some 11% of its total holiday property stock.

For the full article go here.