Long term rentals will not be affected, nor detached or semi-detached dwellings and always when a specific tourist rental licence is granted. 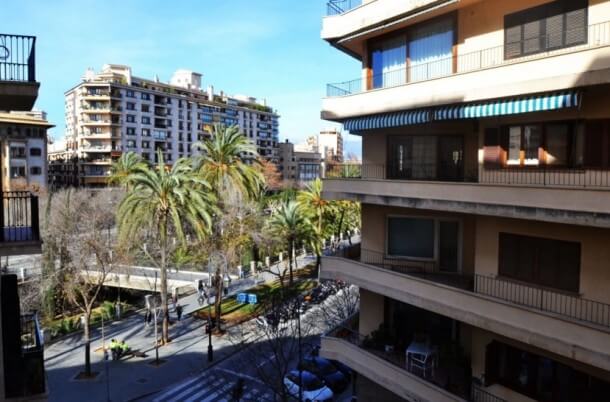 The Gobern Balear, will also empower other local authorities across the islands to prohibit apartment rentals if considered necessary.

The legislation has come about via an unlikely alliance between the left and right wing parties as a result of skyrocketing long term rents, overcrowding and a strain on local infrastructure.

There has also been opposition from the hoteliers, who see holiday rentals as unregulated and unfair competition.     Similarly, block residents have been complaining about the general poor behaviour of holidaymakers.

We understand the exact details of the new law have yet to approved, including the prosecution process.

Other measures being studied include a limitation on the number of holiday rental properties an individual may exploit.

long term property rental prices have soared in the last 12 months with an average increase of 6% pa.

The controversial conclusion of a study on the average capital of European citizens per country, elaborated by the European Central Bank (ECB) and published last Tuesday, is that the average Spaniard is richer (and much more so) than his German counterpart.

At a time when southern Europe calls for the “solidarity” of its supposedly wealthier northern neighbors, it is surprising to learn that, in fact, in terms of private capital, things are not what they seem. According to figures from the ECB, the average net assets (minus all debts) of an average  Spanish citizen totaled 291,400 euros, compared with the 195,200 for Germans, 233,400 for the French, 170,200 for the Dutch or 275,200 for the Italians (the second highest). If these data are correct (in Spain they were collected in 2008, before the housing bubble had fully burst), it would mean that the average Spaniard is 50% richer than the average German, 25% richer than the French and 71% richer than an average citizen from the Netherlands.

This is not all. In fact, if we look at the medium -that is, those Spaniards located in the middle of an imaginary list going from the richest to the poorest, the difference is even greater: the median in Germany is 51,400 euros, 115,800 euros in France and 103,600 euros in the Netherlands of EUR, while in Spain it totaled 182,700 euros followed by 173,500 euros in Italy.

Incidentally, a special case in all these comparisons is Cyprus. Its citizens, with an average of € 670,900 (266,900 euros of medium) are the second richest in the EU after Luxembourg.

The key to these surprising data is the different ownership structure between citizens of one country or another. Spaniards and Italians have a huge love of bricks and mortar. That is, they want to own their homes. And the truth is that they do: 82.7% of the Spanish and 68.7% of Italians own their own homes, compared with 44.2% of Germans and 55.3% of the French.

Obviously, other factors should be taken into account. First, the average income in Spain is still well below that of its northern neighbors. And this is important, because homeownership’s burdens become heavier when the family’s income is lower. On the other hand, we must keep in mind that one has to live somewhere.

Furthermore, it should be noted that only 5.6% of Spaniards have mutual funds, compared with 17% of Germans or Dutch, and only 23% have private pension plans, compared to 46% of Germans and 50% in the Netherlands. These will mean, in the future, that citizens from these countries will have higher incomes, but also face an extra expense that homeowners will not have to face.

So, the question is: which is better, having a larger capital but a lower income, or having a higher income in exchange for lower equity?

A demostration has taken place in Palma de Mallorca in order to show solidarity to people who, they claim, are victims of the “banking and estate agency violence”. The demostration was organised after it made front page news that a man in Granada had commited suicide on Thursday hours before he was due for eviction. The organising group says this suicide was not a “one off” and that many  hundreds of lives are being broken by abusive banking legislation.

A “nota simple” is a summary report from the Property Registry that describes the property in the deeds, known as the “Escritura”.

It should be noted that a nota simple is only informative and is not valid in front of a court. A registry certificate is needed for the courts.

Judicial information is brief, and usually covers outstanding debts (mortgages or unpaid taxes), the current owners, the boundaries, the total square meters of the land and of the house.

It also describes the type of land, any rights that others may have on the property, such as public paths/roads, water or sewage lines, etc.

The rather good First Mallorca September 2012 market report. For this and other past reports  please see www.firstmallorca.com 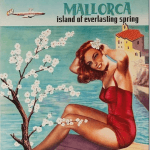 Briefly, their September 2012 report suggests Mallorcan Real Estate is a safe haven for investors. It discusses the good weather on the island and easy access from Europe.

It suggests the Spanish, then Germans, closely followed by the Brits, are the main property owners  in Mallorca, with the Germans and the Brits being the principal purchasers.

Interestingly, negotiation margins are at a whopping 11.54%, implying offer prices are high and  purchasers should not be afraid to put in a low offer…

The Spanish government is creating a “Bad Bank”, or “Banco Malo”, in which to put all the toxic property assets.

The idea is to progress from the current building crisis by drawing a line under the current woes in the construction sector.

Basically, the Government of Spain issues debt and buys from Spanish banks all their bad investments, which are accumulated in a “bad bank”.

Presumably, the acquisition takes place at a significant discount relative to the actual value, so that in the long-term, taxpayers could even win when the assets are re-sold.

At Property Works, we beleive that this measure, although not without its risks, could be of some help to help the Spanish economy overcome the deflation of its recent property bubble.

According to the National institute of Statistics, house prices have fallen in the Balearics by 15% compared to the same period (second quarter) of 2011. This is based on the House Price Index published on 13th September 2012.

By type of property, new construction has fallen by 15% and second hand properties by 14.1%

The housing ministry has the number of transaction down by 17.59% on the same quarter last year.

According to Tinsa, the Spanish Valuation Company, in the Balearic Islands house prices dropped 6.8% year-on-year to June 2012.

The nation-wide fall in house prices compared to the same quarter last year is 14.4%.

This is the highest fall since 2007. It is also the 17th consecutive quarter showing a fall.

This is a contract signed by both parties outlining the terms and conditions of the sale.